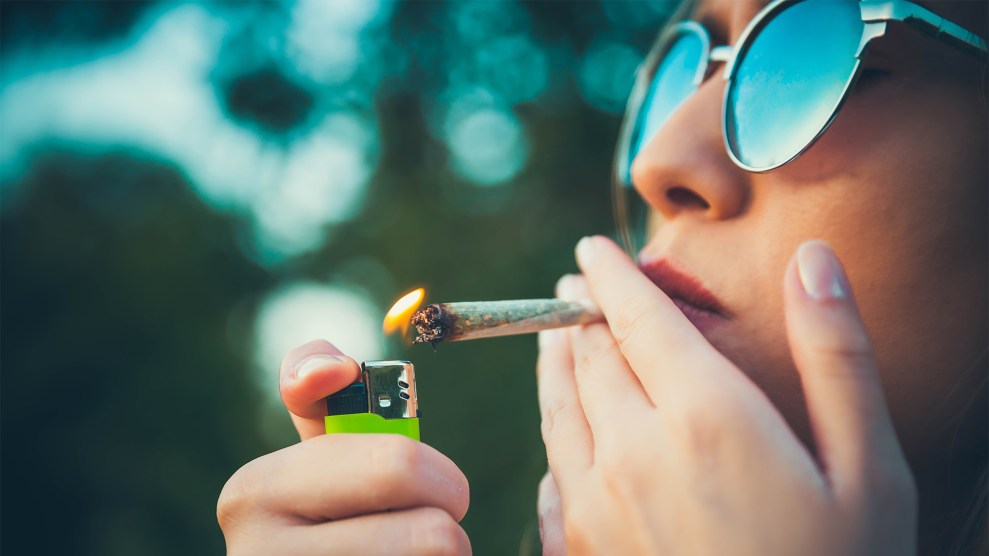 Let our journalists help you make sense of the noise: Subscribe to the Mother Jones Daily newsletter and get a recap of news that matters.

If the promise of free beer or free subway rides wasn’t enough to lure some people to get their coronavirus vaccines, officials in at least a few states are now offering another perk: free weed.

Washington state’s liquor and cannabis board gave a green light this past week for adults to receive a pre-rolled joint from certified marijuana retailers if they get their jab at an in-store vaccination clinic. Dispensaries in Arizona and California have recently announced similar programs, offering joints and gummy edibles to vaccine patients over the age of 21. There are plans for free weed if you get the vaccine in New York City and Washington D.C., too.

It’s part of an ever-growing list of incentives by cities and states that are trying to convince more Americans to get their shots after the pace of vaccinations began to slow sharply in the United States in mid-April. Promotions have included everything from alcohol to full-ride college scholarships to the chance to win cash prizes of $1 million or more. In New Orleans, people who get the jab are offered free crawfish.

For the most part, these programs are aimed at young people and others who aren’t necessarily opposed to the vaccine but for whatever reason haven’t made it a priority to get a shot. And as my colleague Abigail Weinberg has reported, there’s some evidence that these incentives are working: After Ohio Gov. Mike DeWine announced several $1 million lotteries for vaccinated residents, the rate of people getting the jab shot up in his state by more than a quarter within days. Not bad.

But while lotteries are alluring for some, at least one bioethicist believes it’s more effective to offer smaller, guaranteed prizes to everyone, such as a $100 savings bond (like in West Virginia). In New York City, more than 11,000 people got vaccinated at MTA stations after they were promised a week of free train rides. Maybe free joints will sweeten the deal even more.