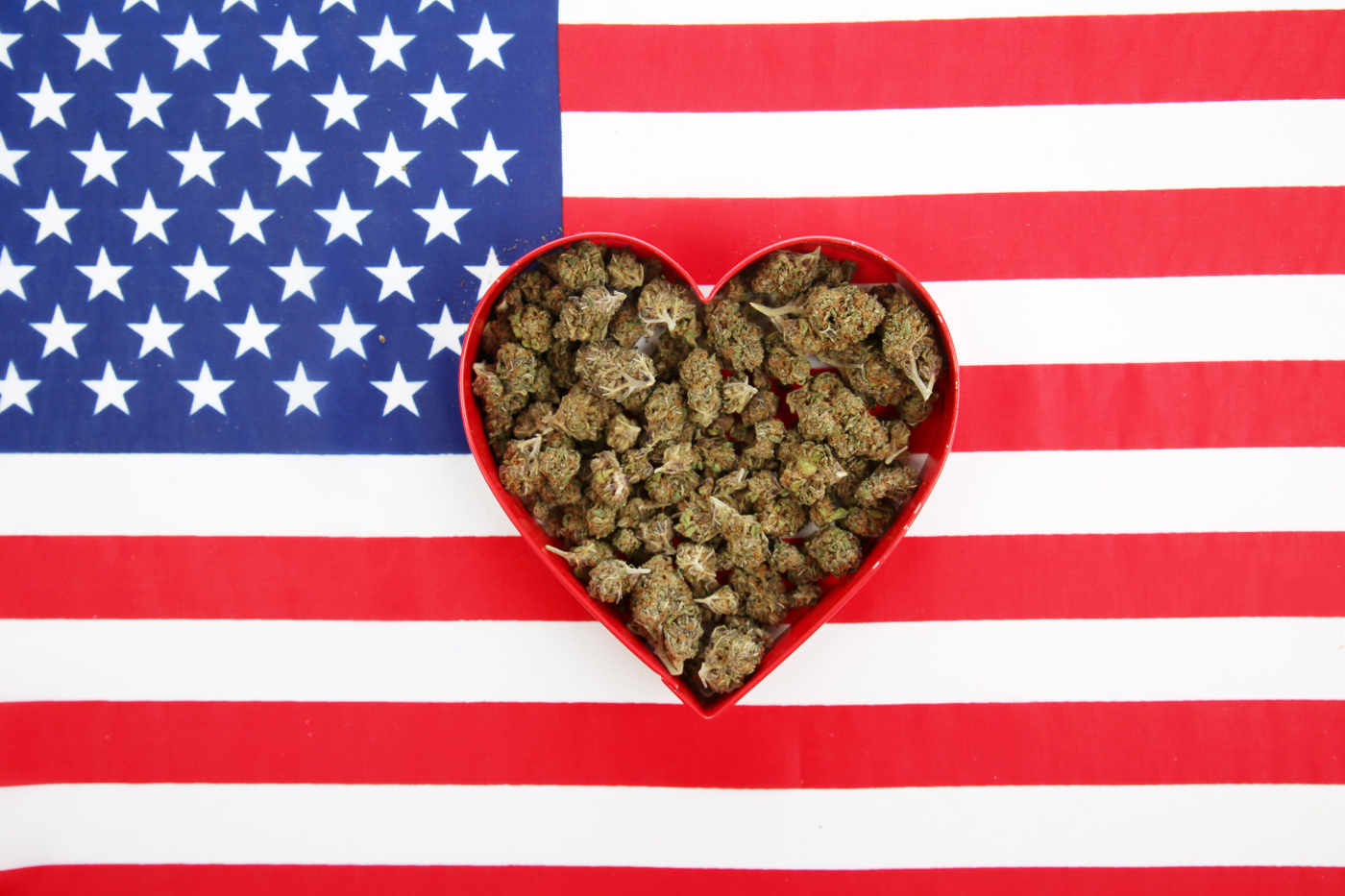 Welcome back to our weekly series, Schaeffer’s Cannabis Stock News Update, where we recap what happened in the world of marijuana stocks last week, and look ahead to how the cannabis industry continues to shape up in 2021.

Investor interest in the cannabis industry is growing at an explosive rate, and the leading players continue to break through legal barrier after legal barrier, especially in the United States. More than 40 U.S. states legalized recreational and/or medical marijuana by the end of 2020. Now, companies are starting to see the opportunity in cannabis cultivation, marketing, distribution, and technology.

This week, a key Senate committee overwhelmingly approved a proposal that allows medical marijuana use in North Carolina for certain conditions, and also sets up a state network for supply and distribution. This was a historic vote, as no North Carolina Senate committee ever voted on medical marijuana. While one House committee voted down a proposal back in 2015, no bill had been heard in either chamber until this bipartisan vote.

Here is a quick roundup of major (and action-worthy!) cannabis stock news this week:

Apple Inc (NASDAQ:AAPL) made a major cannabis move this week. The tech concern updated its App Store policies to allow marijuana-focused apps as well as dispensaries to qualify for a store listing. Notably, Alphabet Inc (GOOGL) has not updated its ban on pot-related apps from the Google Play store just yet.

22nd Century Group, Inc. (NYSE:XXII), a leading plant-based biotechnology company focused on cannabis research, announced on July 1 it signed a definitive agreement to restructure its strategic investment in Panacea Life Sciences, in line with the ongoing development of the company’s strategic partnership network.

cbdMD, Inc. (NYSE:YCBD) announced the closing of its underwritten public offering, for total gross proceeds of $16,500,000, before underwriting discounts, commissions, as well other offering expenses payable by the company on July 1. What’s more, the weed concern sold an aggregate 2.2 million shares of its 8% Series A Cumulative Convertible Preferred Stock, including 286,900 shares sold upon full exercise of the over-allotment option, at $7.50 per share.

The shares of Coffee Holding Company (NASDAQ:JVA), a company that has a 49% stake in hemp and CBD beverage brand incubator The Jordre Well, were in focus over the past week. The company announced it purchased a building as well as surrounding property in La Junta, Colorado, which has been home to its roasting operations since 2005.

GrowGeneration Corp. (NASDAQ:GRWG) announced on June 28 that it became a  member of the U.S. small-cap Russell 2000 Index (RUT), as part of the 2021 Russell index’s reconstitution. RUT membership, which lasts one full year, is based on broad-market Russell 3000 Index (RUA) membership.

On June 28, HEXO Corp (NYSE:HEXO) announced that it would be closing on the previously disclosed transaction to buy its first U.S. production facility through a wholly-owned U.S. subsidiary. The approximately 50,000-square-foot facility in Colorado will provide consumer packaged goods (CPG) companies and consumers access to the “Powered by HEXO” technology and products.

Tilray, Inc. (NASDAQ:TLRY), a leading global cannabis lifestyle and CPG name, distributed a proxy statement on June 29, which included an open letter from Chairman and Chief Executive Officer Irwin Simon. The letter sought support for several proposals that will be up for a vote at a special meeting with Tilray stockholders on July 29. Plus, Tilray announced on June 30 its subsidiary, SweetWater Brewing Company, has launched a new product collaboration with leading craft cannabis brand Broken Coast Cannabis.

Village Farms International, Inc (NASDAQ:VFF) announced on July 1 that its wholly-owned subsidiary Pure Sunfarms has received an amendment to its cultivation license from Health Canada for its 1.1 million-square-foot Delta 2 greenhouse. This allows the company to cultivate cannabis immediately in the half of the Delta 2 facility for which conversion to cannabis production has been completed.

Florida-based Psilera Inc. announced on July 2 it secured $2.5 million in funding for research, scientific and clinical personnel hiring, as well as general working purposes. The company issued roughly 4.3 million shares to private buyers at 57 cents per share. Psilera has developed a patent-pending DMT transdermal patch that will be assessed in a Phase 1b clinical trial, and said on LinkedIn it seeks to “leverage its research strengths led by executives from the pharmaceutical and cannabis industries to develop a best-in-class IP portfolio of psychedelic analogues.”

CBD oil to ease your anxiety

CBD oil to ease your anxiety