Nearly 1,400 parents in Frisco have signed an online petition against a new smoke and vape shop slated to move in two blocks west of Reedy High School and directly adjacent from Pearson Middle School.

Lit Smoke & Vape, to be located at the intersection of Stonebrook Parkway and Teel Parkway, will sell nicotine and CBD products, as well as those containing Delta-8 THC — a legal and less potent psychoactive cannabinoid than the Delta-9 THC product commonly known as marijuana — which it advertises on a large blow-up balloon in front of the store.

“We hear news about how bad vaping is, and how it affects teenagers,” the petition writes. “We hear a lot of vaping incidents at school from our kids, and we try our best to keep our kids away from vaping. Having a vaping store right across from a high school doesn’t sound right.”

Many supporters who are displeased with the location labeled it “disgusting,” while others pointed out its proximity to Ivy Kids Early Learning Center, the new Pearson Acres Park, Pioneer Heritage Middle School and Leadership Prep School.

Julie Davis, who supports the petition, commented, “This is just as inappropriate as having a liquor store next to our schools…” Another petition supporter, April Pointer, wrote, “Children should not have to see their propaganda every day as they go to school.”

Srinivas Mukala disapproves of the new shop’s proximity to schools, because “human behavior is defined by where you live and whom you are with.”

Several parents took their concerns to the city council on Oct. 5, and Mayor Jeff Cheney responded with shared concerns.

He told residents that the city council was aware of the problems associated with e-cigarettes and vape pens, noting that the Frisco Police Department addresses these issues frequently.

“[But] there are vested rights; it is a legal operating business,” Cheney said. “They do have a right to be there, and they do sell a legally available product.” 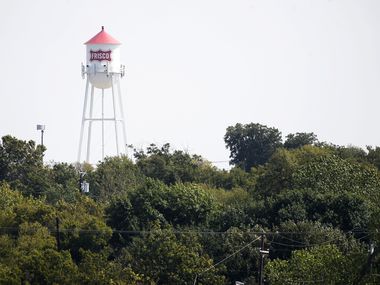 How does smoking marijuana affect academic performance? Two researchers explain how it can alter more than just moods

Products span from a tincture to a relief balm for sore muscles.